Closed at the moment in the face of birders! It is run by the Voluntary Work Centre.

Inside the Sabah Al-Ahmad Natural Reserve, so inaccessible at the moment.

Inside the Sabah Al-Ahmad Natural Reserve, so inaccessible.

A good place to see the Afghan Babbler and other migrating and wintering birds.

A desert habitat for larks and migrating birds.

An excellent site for rarities during winter and also migration. It is a private place so one has to ask for permission first from the owners. Only drive slowly and on tracks and avoid being close to the main buildings.

Need a permit to get in. It is run by the Voluntary Work Centre..

An oasis in the desert that attracts migrant and wintering birds.

A good place for wintering and migranting birds, these are traditional farms that grow vegetables and date palm trees. It is full of green, scattered trees and water ditches.

A small farm in the desert that attracts migratory and wintering birds. Plain Leaf Warbler, Eversmann’s Redstart, Asian Shikra, Sooty Falcon and Crested Honey Buzzard have all been seen in this farm.

A coastal area that is a stop-over for migrating raptors.

This is an excellent place but recently the water was diverged by digging new canals and deepening the old ones resulting in reduction of overflow and thus reduction of reed beds . During migration the site is full of hunters at dawn. It is to be annexed to Jahra Pools Resrve in future.

Closed by the owner of the farm since 2010. It used to be the best birding site, but now one can go birding south of the farm where he can see raptors flying or by looking over the fence!

Recently the site had its water increased and the pools expanded so became one of the best birding sites at the moment. Entrance needs a permit though.

A research station managed by the Kuwait Institute for Scientific Research, KISR. Its access is Strictly limited. For entrance a gate pass is needed.

All the coastal area in Abu Al Hassaniya (or rather from the Messila to the border with Saudi Arabia) had become a private place! But because of the sewage discharge area, the area became open to the general public. This site attracts good numbers of waders, terns and gulls such as Pallas’s, Heuglin’s, Caspian, Baltic and Steppe Gulls. And terns include Caspian, Swift and Lesser Crested Terns.

The same applies to the previous site. In October-November one would see Caspian, Swift, and Lesser Crested Terns and later by January Pallas’s Gull and other waders.

A public park that had attracted a wintering 3rd Ashy Drongo back in 2013.

There is an open area north of the club that attracts some waders and gull.

This is a subkha and reed bed site that attracts few waders, but worth a visit only if is on your own way.

An inlet sea water that attracts waders and gulls.

This is site for migrating and wintering wheatears, rock thrushes and warblers.

This is an under watched area due to its being distant, but there is a discharge of water from the power plant next to it that attracts waders. The Nitraria retusa bushes around the site do attract Asian Desert Warblers, Menetries’s Warblers. The desert around it attracts wheatears.

This is a desert with ridges that forms a good habitat for Lilith Owl and wintering wheatears such as Red-tailed, Finsch’s, mourning and White-crowned black Wheatears. Also Blue Rock Thrush winters in this area.

This is a site for garden birds so to speak, White-eared and Red-vented Bulbuls are seen here together with the iconic Hypocolius. Ruppell’s Weavers were seen recently on many occasion as escaped birds and showed some breeding signs. But many good birds do turn up during migration though.

In spring one is expected to see Bridled, White-cheeked and Lesser Crested Terns and also Socotra Cormorant.

This is situated next to Al-Kout Mall and worths a visit. It seems to be an abandoned local park. It attracts some good birds during early winter and during migration. An Eversmann’s Redstart has been seen here.

An island that may have some breeding birds as Kubbar Island.

An island that had a small population of birds breeding in the past. Unwatched at the moment.

A small island close to the end of Doha Peninsula. It is much disturbed by human activities. 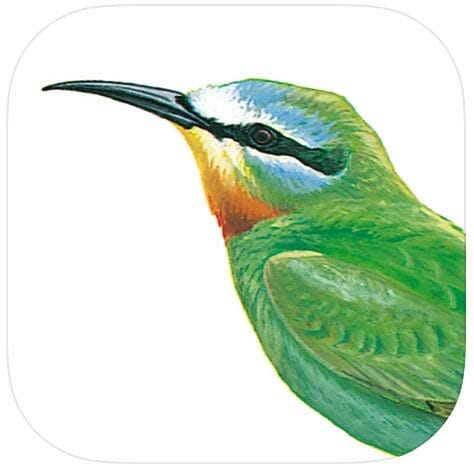