Birds at the coastal areas were the usual birds at this time of year. I saw the following:

Heuglin’s Gull is the largest large white-headed gull in Kuwait while Baltic is the smallest, note the size contrast below. 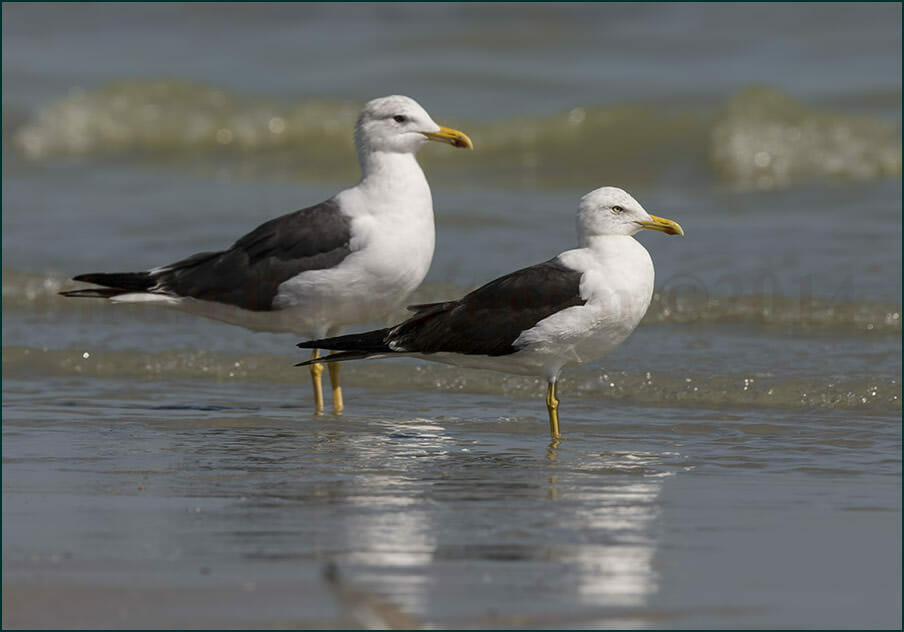