On 27/04/2008 the French group found an Oriental Pratincole at JEO at dusk, next day the bird was not relocated. I then re-read the article in Dutch Birding 27:1-35 (2005) by G. Driessens & L. Svensson, referring back to some photographs that I made at JEO and Pivot Fields, there were two birds of that species photographed at Pivot Fields.

On 25/04/2008 at Pivot Fields I saw a flock of more than 30 Pratincoles, at that time I was searching for Black-winged Pratincole, three were close and I quickly photographed two of them, but sunddenly all three flew 10 metres back to join the flock, they all had the red underwing pit, I left the place thinking that they were Collared Pratincole.

The birds had short tail streamers shorter than primary projection, red on bill short, lower mandible has red restricted to the area further down to base of bill, beyond the the feathering at base of lower mandible from below, black lore, the black extends further to sides of forehead, the nostril looked oval in shape, neck sides and nape had an orange-rufous colour, upperparts were dark as that of Black-winged pratincole, the birds had an upright stance when compared to the horizontal stance of collared Pratincole, they had slightly longer legs when compared to photographs of Colllared Pratincoles. Comparing the bill of Oriental to Collared, from photographs the Oriental had a deeper based bill and the feathering of lower mandible stretches a little forward. 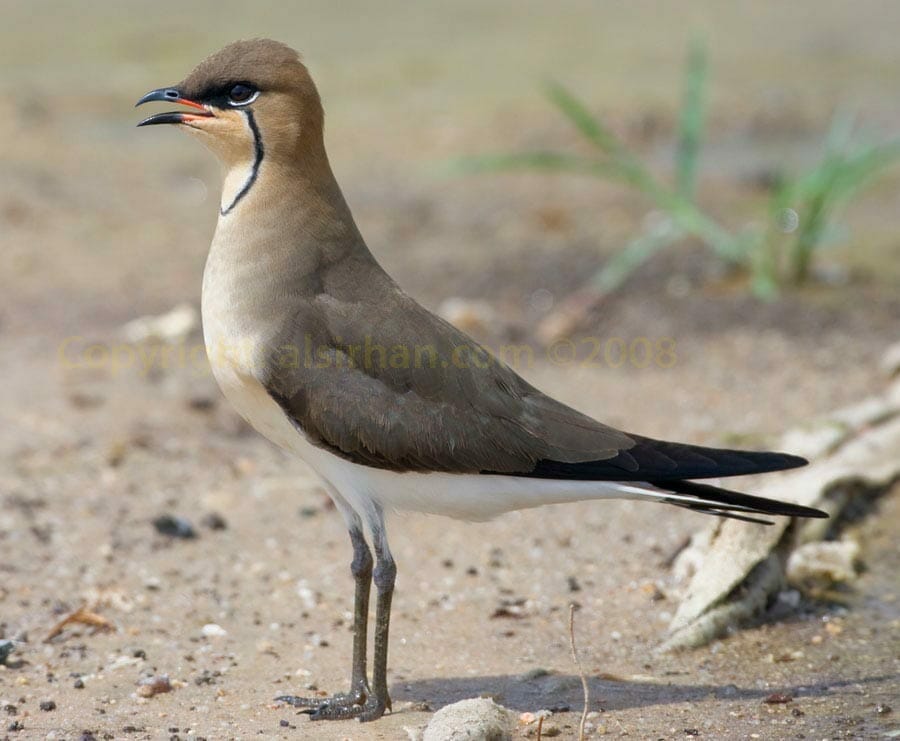 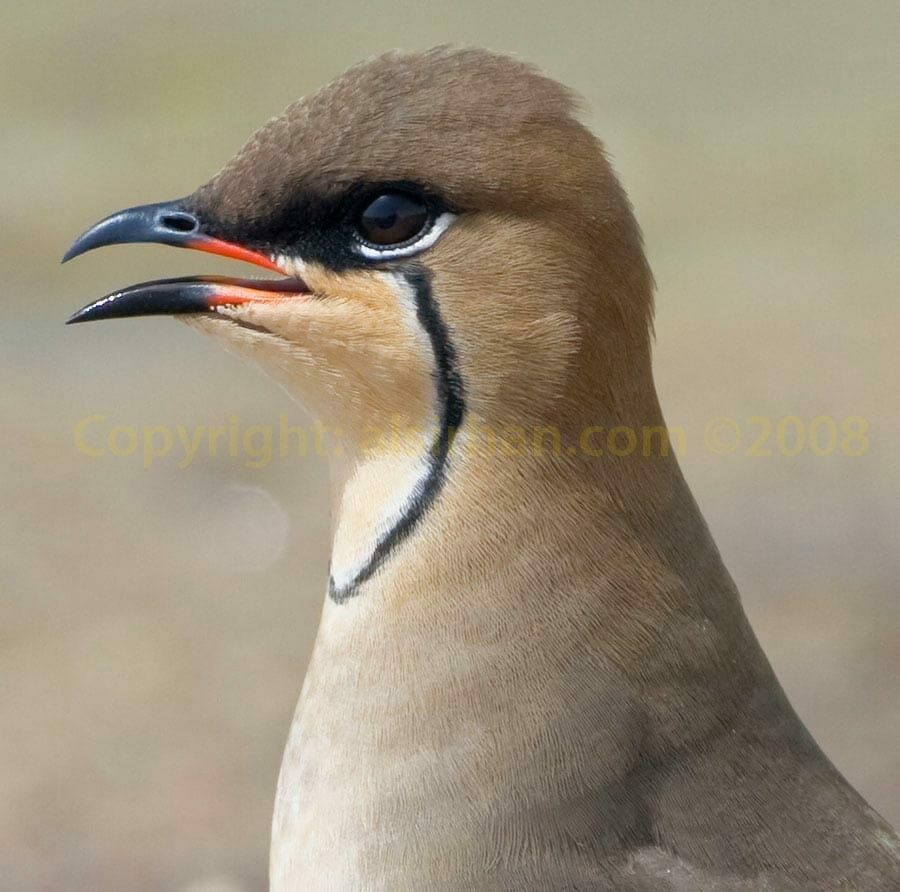 Oriental Pratincole another bird, an upright stance and short tail streamers and longer-legged. 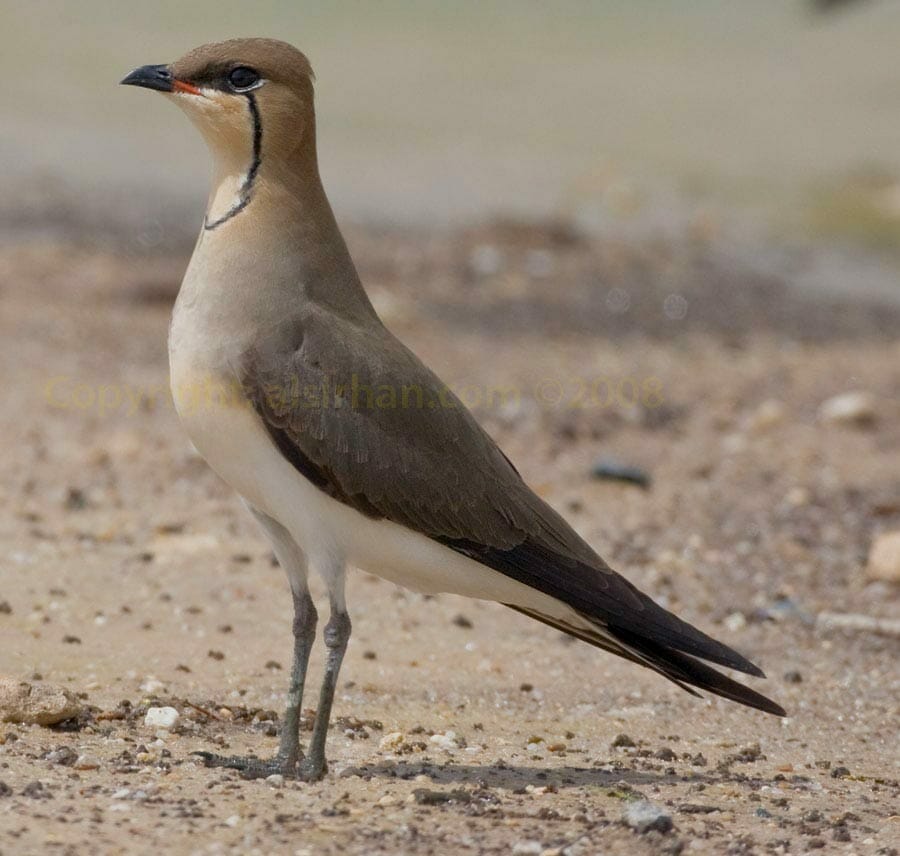